Richland County: Young, Educated and On The Move

The South Carolina I-77 Alliance comprises the economic development leaders in five counties that have come together to jointly promote and highlight the unique business and manufacturing opportunities that exist from Charlotte to Columbia.

Each of those counties — York, Chester, Lancaster, Fairfield and Richland — are unique, offering their own mix of attributes that make them the right fit for a growing, diverse mix of enterprises deciding to relocate and expand.

We decided to use this space to highlight each of the Alliance counties. This month, the focus is on Richland County, which anchors the southern end of the I-77 Corridor and is home to Columbia, the state capital and home itself to such iconic institutions as the University of South Carolina (and its Gamecocks sports teams) and Fort Jackson, the U.S. Army’s largest basic training installation.

Here, we ask Jeff Ruble, director of the Richland County Economic Development Office, to tell us more about his community, about what he sees now, and to look in his crystal ball for the future. He’s in his 25th year working in economic development in South Carolina and took on his current role in November 2015.

Jeff Ruble: We are the largest county in the South Carolina I-77 Corridor. In fact, of the 381,000 jobs reported in the Corridor’s five counties, approximately half – 192,000 – are here in Richland County. Our economic growth is not only robust, fourth (4th) most jobs created in 2018 among SC counties; but it is also steady growth, fifth (5th) most jobs created since 2010 among SC counties.

Our location is great, as we’re right in the middle of the state, served by three interstates that provide easy access by highway to Charlotte, Charleston, Atlanta and Greenville. We have a quality airport with 30 non-stop flights to a number of cities, including multiple flights daily to Atlanta, Charlotte, New York, Chicago and Washington, DC; plus, UPS uses it as a hub. We also have an Amtrak station and a busy rail freight hub.

What really sets us apart, however, is the age and education of our workforce. The trend nationally is that it’s not all about chasing smokestacks. It’s about attracting talent, which is becoming more important all the time. If you have smart people available, companies will find you.

That’s a natural strength for us here. We’re the most populous county in the corridor, but we’re also the youngest in the state, and one of the most educated in the country when you look at various metrics for educational attainment. Downtown Columbia is booming, as we’ve experienced a real renaissance that has taken years to get going; and now has passed that tipping point to where it’s an ideal attraction for young, urban professionals. Yet, our cost of living remains reasonable and those things that make up “quality of life” just keep growing.

According to the financial website, SmartAsset, Columbia is ranked second (2nd) in the country in growth of millennials 20 to 35 years old. Our marketing and recruiting strategy now includes a focus on keeping students from USC here instead of them moving on to Charlotte or Atlanta or beyond. We also pay close attention to Fort Jackson and its huge transition center. There are a lot of good vets leaving the military in Columbia and we’re looking for ways to keep them here.

Where do you see Richland County in 10 to 20 years compared to now?

Jeff Ruble: We’ve long benefited from the relative stability of being a state capital, university and military town, and home to large healthcare employers such as Blue Cross Blue Shield of South Carolina and Palmetto Health (to become Prisma Health in early 2019). Going forward, I think we’re going to build on that across multiple verticals.

We’re already seeing that. I know Richland County is really considered a manufacturing community, however, recent developments point to just how significant of a role that sector plays here. For instance, China Jushi – a Chinese company that’s the world’s largest maker of fiberglass – just opened a plant that will eventually employ 800 people and cover 1.6 million square feet. On the other side of Columbia, Ingersoll-Rand just announced an expansion of its Trane HVAC assembly plant to a million feet and they’re hiring 750 people.

I think we’re going to continue to benefit from that kind of growth, plus I think we can be successful in recruiting another big, name-brand manufacturer – the kind that spins off suppliers and drives growth across a whole region just as BMW has done in the Upstate.

In addition, there’s the strong growth of white collar, knowledge economy jobs. We already have more of those kinds of workers in Columbia than in Charleston or Greenville; and, with the confluence of insurance and technology here, I think we’re going to continue to see that cluster really develop in the coming years. 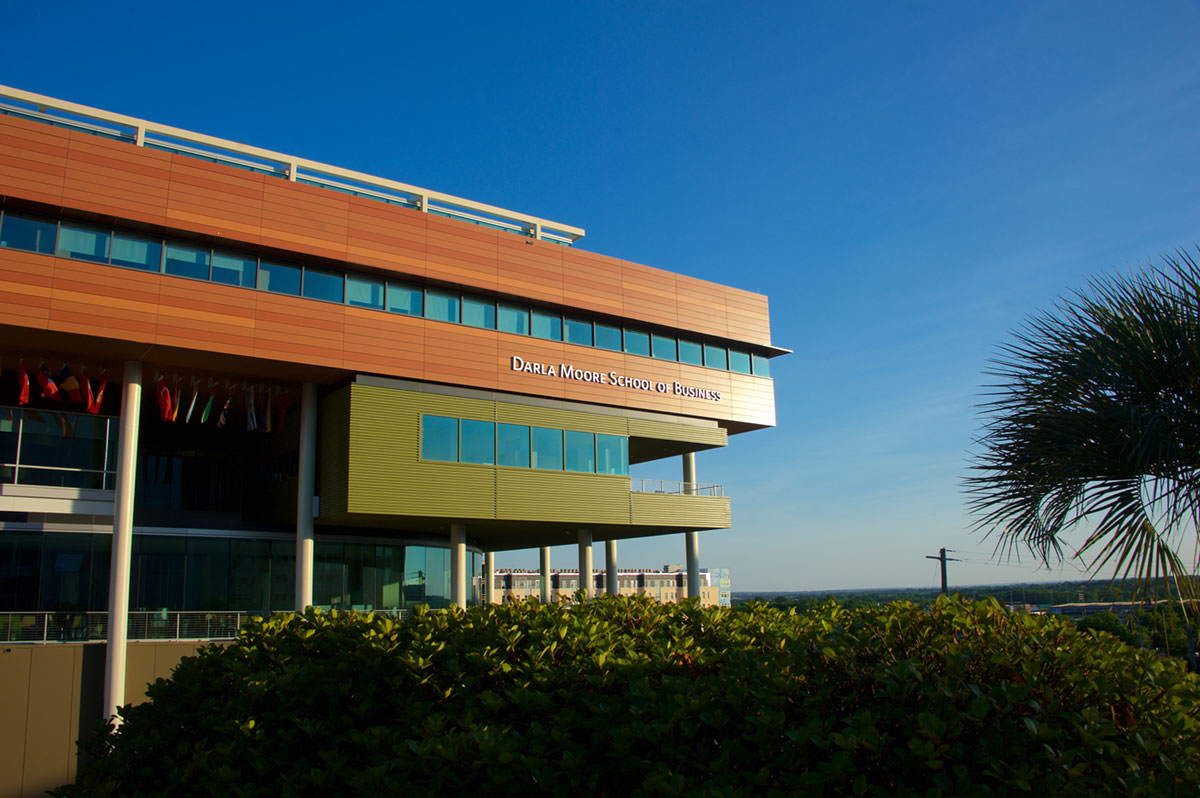 We’re already seeing some of that in the growth of incubators at and around the university and in the major commitment here by Capgemini and its new insurance technology delivery center in the BullStreet District. They’re helping to spur growth in what’s considered the largest urban redevelopment project underway east of the Mississippi.

All of that said, I think the dynamic fundamentals are in place for us to be a thriving, talent-oriented, young community that offers the economic opportunity and quality of life to attract and retain talent for years to come. I’m really optimistic about where Columbia and Richland County are headed.

What national and state issues affect Richland County and how?

Jeff Ruble: Well, we’re all paying attention to tariffs right now. That’s an important issue to a lot of companies, including companies that import into the U.S. and export out. We also need to work harder to incentivize companies to bring their headquarters here. We have a long record of success statewide for attracting manufacturing and service delivery facilities, but we can do better on the white-collar side. With recently passed legislation, however, we are in the process of upping our game to extend job credits and to help with leases and do the kinds of things you need to do to attract corporate offices and headquarters.

How we market to those kinds of prospects can be done better. There has been some progress in recent years in that regard, and there is some pending legislation that should help. We’re affected by those issues disproportionately here in Richland County because of our high percentage of white-collar workers. 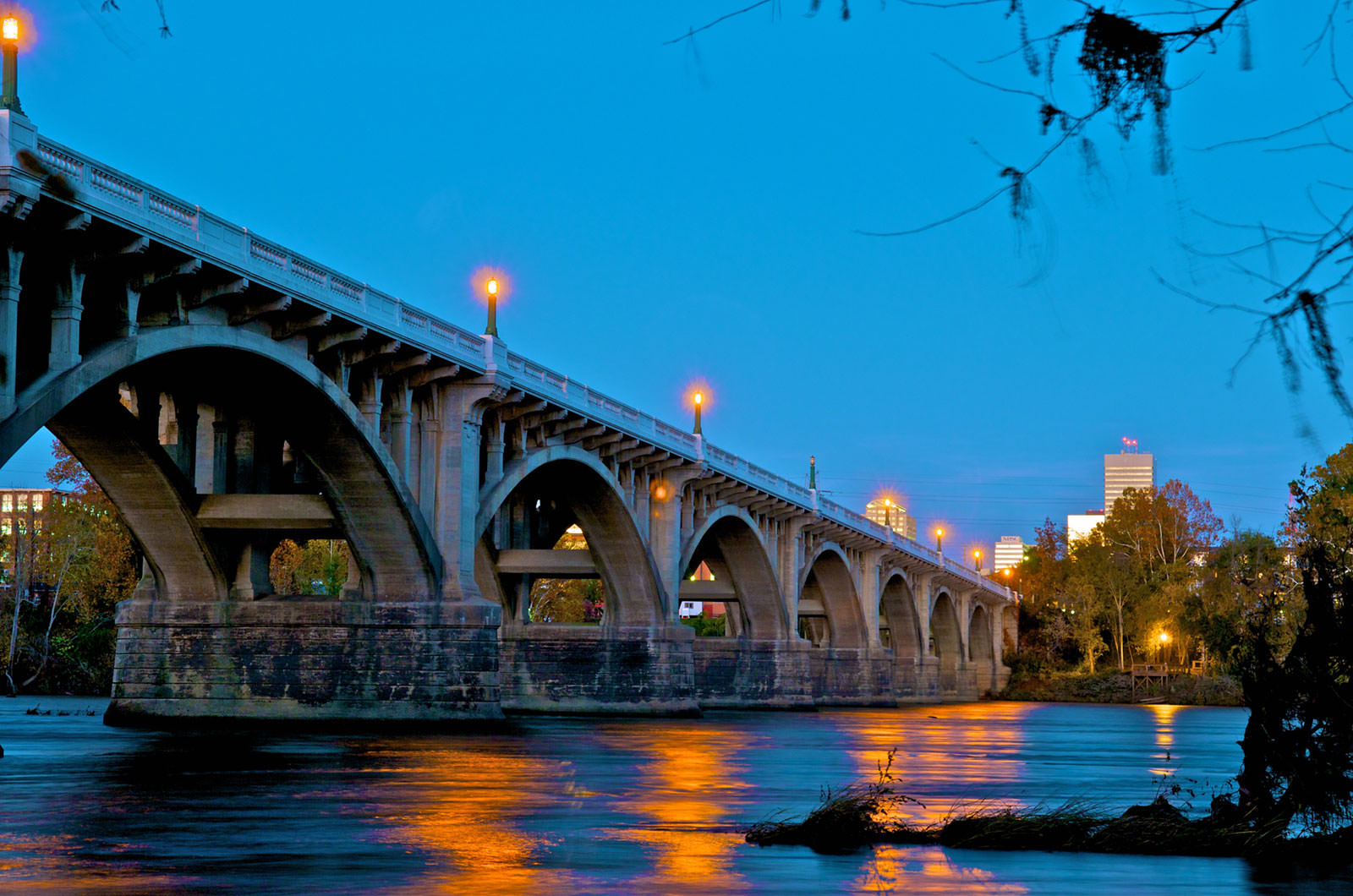 What opportunities does Richland County have in terms of quality life and economic development and how are they being seized?

Jeff Ruble: Because I’ve lived here for so long, I find myself taking for granted how good the quality of life in Columbia really is. The truth is, it’s great and getting better. I laugh about it sometimes, how dramatically our image has improved, how cool Columbia is to people who come from out of town, and how there’s so much more opportunity to do more and become more. It’s really something to see, how we’ve grown and how we’re continually showing up high in national rankings about places to live, work, and play.

I think we’re developing the right way. We already have some great anchor institutions, like our library system, Riverbanks Zoo & Garden, the Columbia Museum of Art, our developing river pathways, and the thriving arts and entertainment scene. Our taxes can seem high compared to a lot of areas in this part of the country, but the community has really invested in our schools and now in our major roads around the county, and the results show.

I already mentioned some of our recent highlights in economic development and job creation, and I really think they’re just the beginning of so much more to come.