Five Where There Were Four: Lancaster County A Natural Addition

The addition of Lancaster County to the South Carolina I-77 Alliance is a welcome development for multiple reasons.

When the move becomes official on July 1, there no longer will be a county in South Carolina that is not a member of an alliance such as ours.

Lancaster County’s inclusion also means the Alliance now includes 15.6% of the Charlotte region’s population of more than 2.5 million people. That proportion is growing. York, Chester, and Lancaster counties together added 54,298 residents from 2010-2017, the Census Bureau says, a growth rate of 18% compared to 13.6% overall for the 10-county Charlotte region.

There’s more. In the past two years, York and Lancaster counties were the two fastest-growing counties among the 10 in that two-state region.

More importantly, Lancaster County’s decision to join solidifies and strengthens our five counties’ connections and commitments to economic development and recruitment. We also further strengthen our own connection to the Charlotte market, one of the nation’s strongest.

That proximity already has helped York County become the second-most populous county in the region, second only to Mecklenburg County itself. That growth has fueled, and been fueled by, economic development that has seen the South Carolina side of the line add a long list of major employers in basic and advanced manufacturing, finance, and retail.

For the Alliance itself, adding a new county is an important next step for the organization and more importantly, our members. Lancaster County brings its own unique mix of businesses, communities, history, sites, and potential, and we look forward to leveraging our expanded regional synergy.

We’re a finished product now and ready to do even more to promote our five counties as a place to invest, build, produce, and live.

Look at a map and you can see that Lancaster County belongs in the S.C. I-77 Alliance. We’re glad they’ve come aboard. 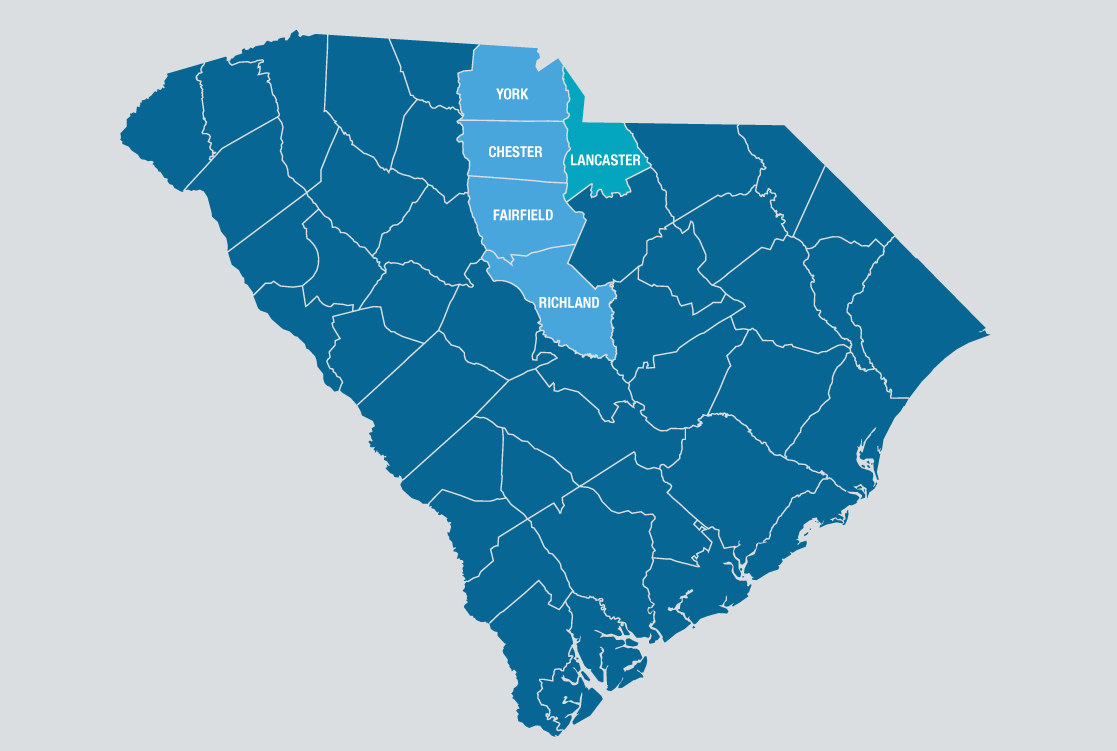